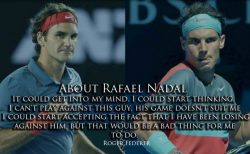 Today is a day to celebrate regardless of who you are rooting for. Roger and Rafa are in the spotlight once more and I love it. I’m so proud of both these classy legends. Roger still showing he is hungry after all these years and Rafa showing what a true champion he is as he fights hard to find his form.

So many people draw a line in the sand. I love Rafa and hate Roger or vice versa. Now I happen to be a Roger fan but love Nadal and what he has done for tennis.

And without these two lets face it, tennis just won’t be the same. Plus, why hate when these two guys clearly like each other and have so much respect for what the other player has meant to their career.

Enjoy these two champions praise each other on Camera and in quotes.

Who can forget this moment? And Rafa’s hug to Roger says it all. They get it…they know exactly how important tennis means to both of them and all the hard work they put in. When you put your all into something, sometimes you can’t hold back the tears.

Even though Rafa has pretty much dominated Roger for several years running now. Rafa still insist Roger is the best ever. Is this true? It does not really matter. You could easily say Rafa is the best too. What matters is the consistent humility Rafa shows despite all his accomplishments. 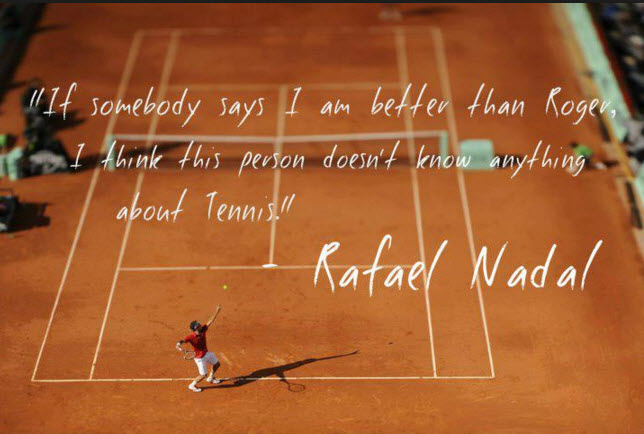 Love this one below and now Rafa is proving his critics wrong!!! 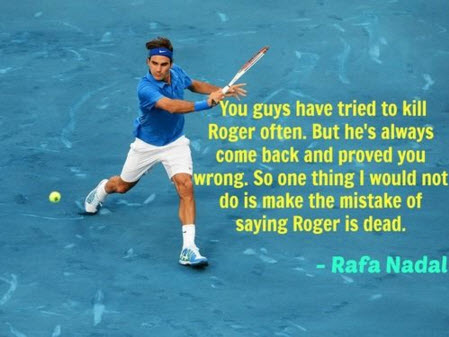 Roger on Losing to Nadal 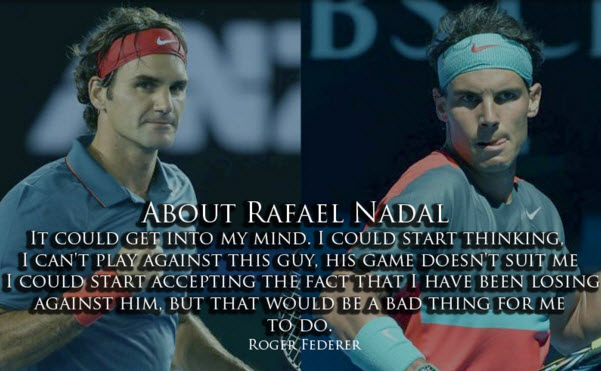 Roger on Rafa making him better….

“The most intense rivalry I have ever had was with Rafa, no doubt on that,” declared Federer. “It has been an epic and incredible rivalry and it will continue to be like this because we are going to play often in the future. He made me change my game many times since he is lefty and we had never seen a player who could hit the ball with so much spin. If we see the way I played in 1999 and the way I play now, the change is brutal. Now I play with more strength, before I had such a ‘soft’ game. My movements, the way I hit the ball, I’m a different player due to Rafa’s presence.”
Roger on his greatest rivals…

Roger and Rafa Having Fun Together

Warning hope your not working. These are truly EPIC and you will not be able to stop watching… enjoy