A great mindset can magnify your game by every bit. Many a times we acquire the habits that come naturally to us and we are undoubtedly efficient at it. But sometimes those natural techniques might prove disadvantageous for us in pressured situations, as they are not always technically correct. The natural instincts are the most hard to change, and that is what this article is about. You must not be afraid to change. It’s all about the game after all and with a strong and positive mindset, you can bring about a much needed change in your game.

We are going to refer to the rock star player Carver Arant and will learn why it is important to change when it comes to a great serve technique. Carver Arant, is 16 years old, has a good rating and has won some remarkable games lately. While serving, his toss used to go up very high in the air that became a handy weapon for him to score good points. But with time, our natural spontaneity dies and we persist with a learned technique, this happened to Carver also, he observed that his high toss was making him win good points but was making him lose some points too.

So, carver decided to change this and started to work upon a lower toss serve. This article is not about minute techniques but broadly about a mindset on how to be susceptible for a change. A low toss will give you the required time to act. When you perform a very high toss, your judgement does not always befit with the situation, and as a result you do mistakes. While a low toss serve is easy to tame. You can easily see where the ball stops after attaining its height, and that is the point where you need to act for hitting the ball. After the ball reaches up, you can observe its height, and can act accordingly; this way it will help you with the timing. 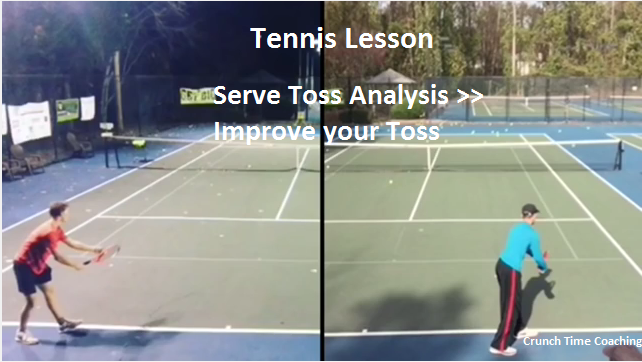 Carver is great with high toss serve, which involves inclining at proper angles, deep knee bend and precisely coiled body. But all this take a lot of time to develop along with great hard work. Carver took a bold step to change and became fluent in a low toss serve as well. In situations of overwhelming pressure, a low toss serve is going to act as a saviour. A low heighted toss will make the serve timing a lot easier and will prevent you from losing points. So, practice a feasibly high toss for your serve, which must be according to your capability.

A change is hard to carry on but sometimes it is mandatory to serve your game right. Don’t be afraid to change and focus on the need which is going to fulfil your aim of a great game. Carver Arant is a great player and is more admired because of the bold step he took to improvise his game. Take inspiration and move on with a great game. If you want to get in touch with Carver, you can request through an email on crunchtimecoaching@gmail.com

Also, do not forget to refer to a striking e-book that is specially written for the learners to master a powerful serve. There are seven steps compiled in the book to achieve a powerful serve shot. It is easy to download and even more easy to understand. So, keep learning and improvise your game without intimidating any difficulty. 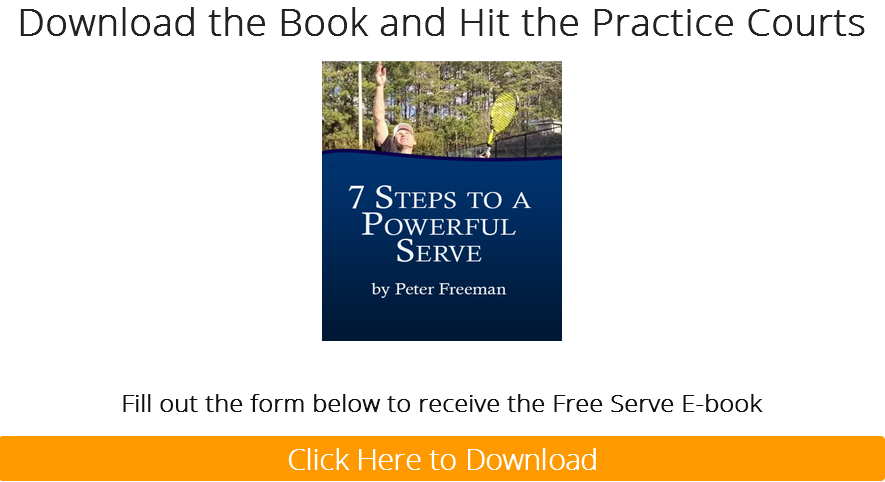