The Approach Shot: Cross Court or Down The Line?

The first question is when do you need to hit an approach shot in today’s game?

So when should you be hitting approach shots?

This week’s YouTube video covers the approach shot, where to hit the volley and the pros and cons of crosscourt/down the line, click below to watch it!

And if you need help with the volley CLICK HERE for FREE volley training!!

It’s important that you develop a keen eye for the short ball… you must sense it coming and then immediately begin moving forwards to take the ball out front and as early as possible to give yourself an easier volley at net.

Where should you hit your approach shot? Cross court or down the line?

When you’ve moved your opponent out of position, hit your approach into the open court… obviously this can be cross of down the line, just depends on which side of the court you have pushed your opponent into before he/she hit the short ball to you.

When your opponent is standing in the middle of the court, that’s when the direction of your approach shot gets a little tricky. 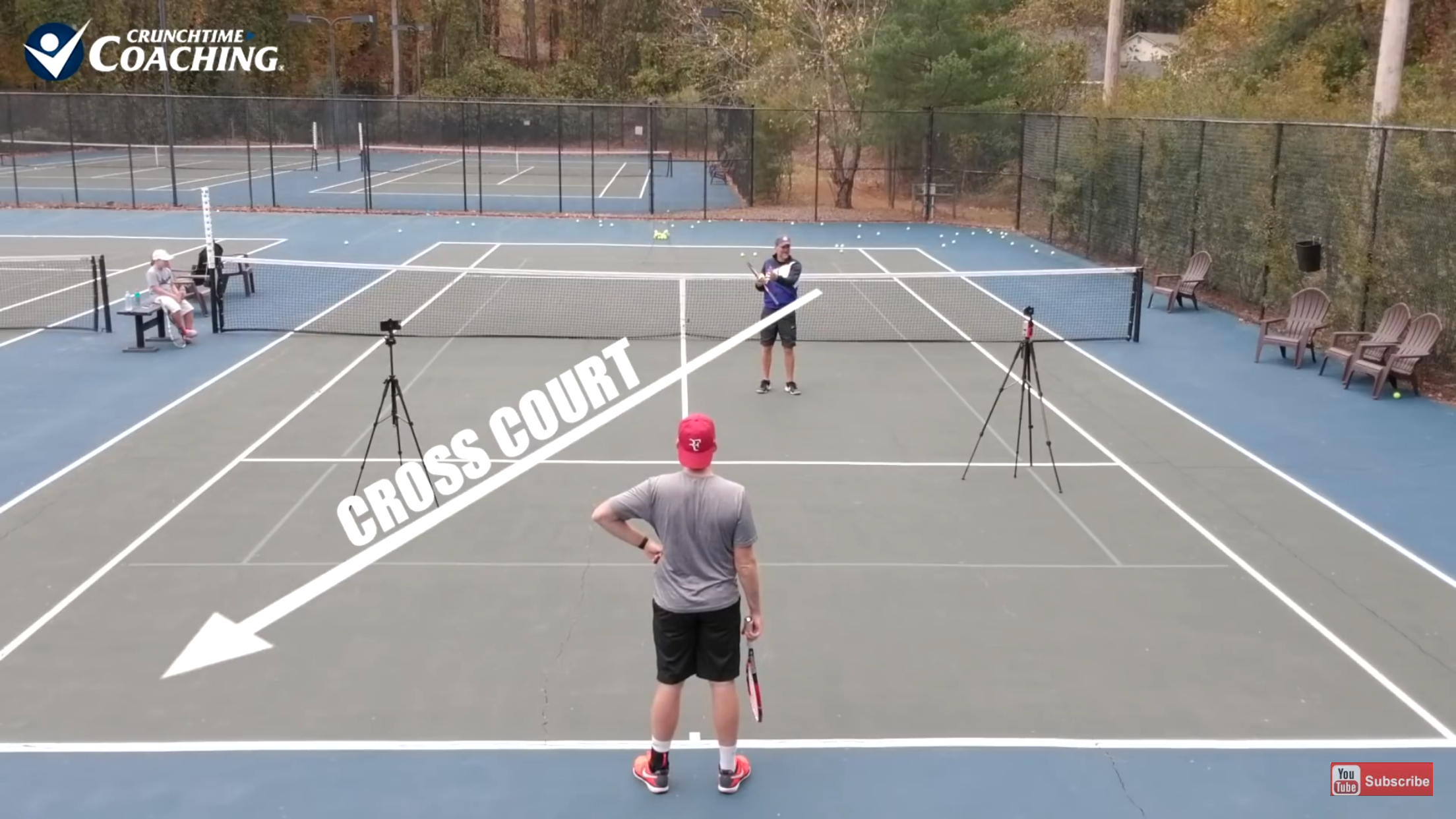 Pros/Cons: When you go cross court you give yourself more room for error… it’s just that simple, more court length equals an easier shot to execute. The problem is that you give your opponent a bigger target to pass you with… (Pictured Below) 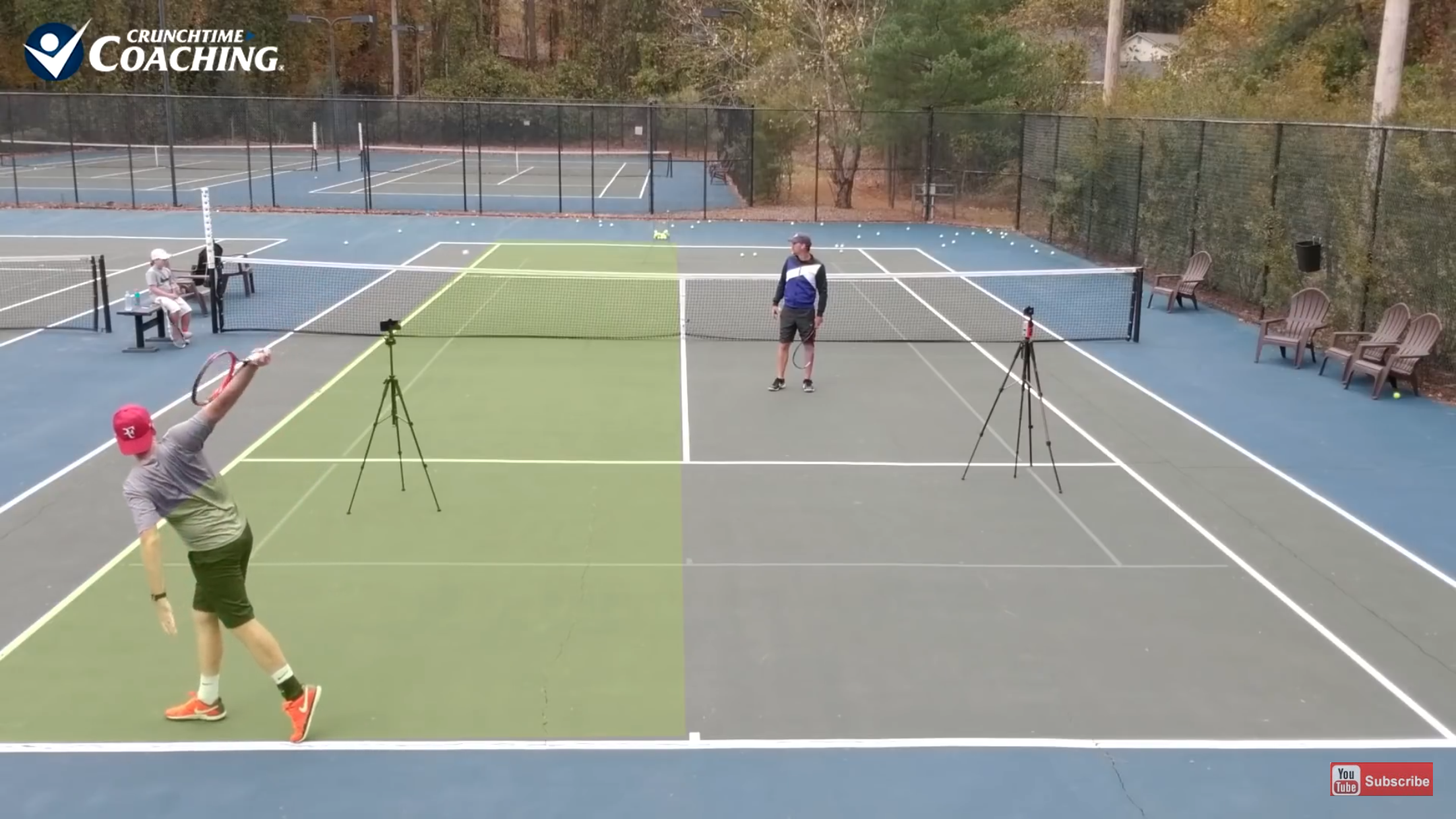 The Fix: It’s all in the footwork baby! In the two pictures below you can see how Pete approaches cross court but sets the “trap” by moving over to his right and being able to lunge in either direction to make a passing shot very difficult on Matt. 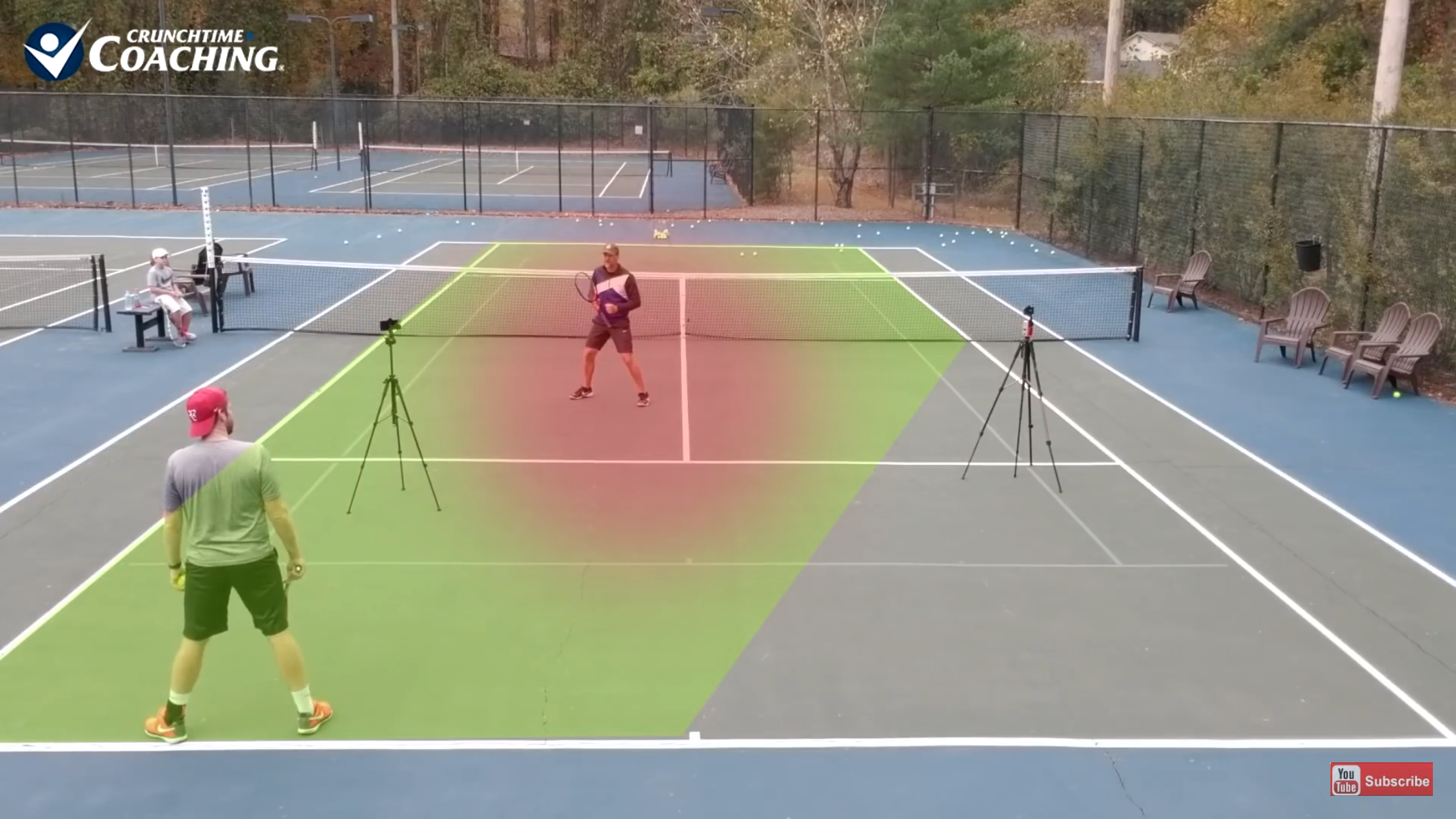 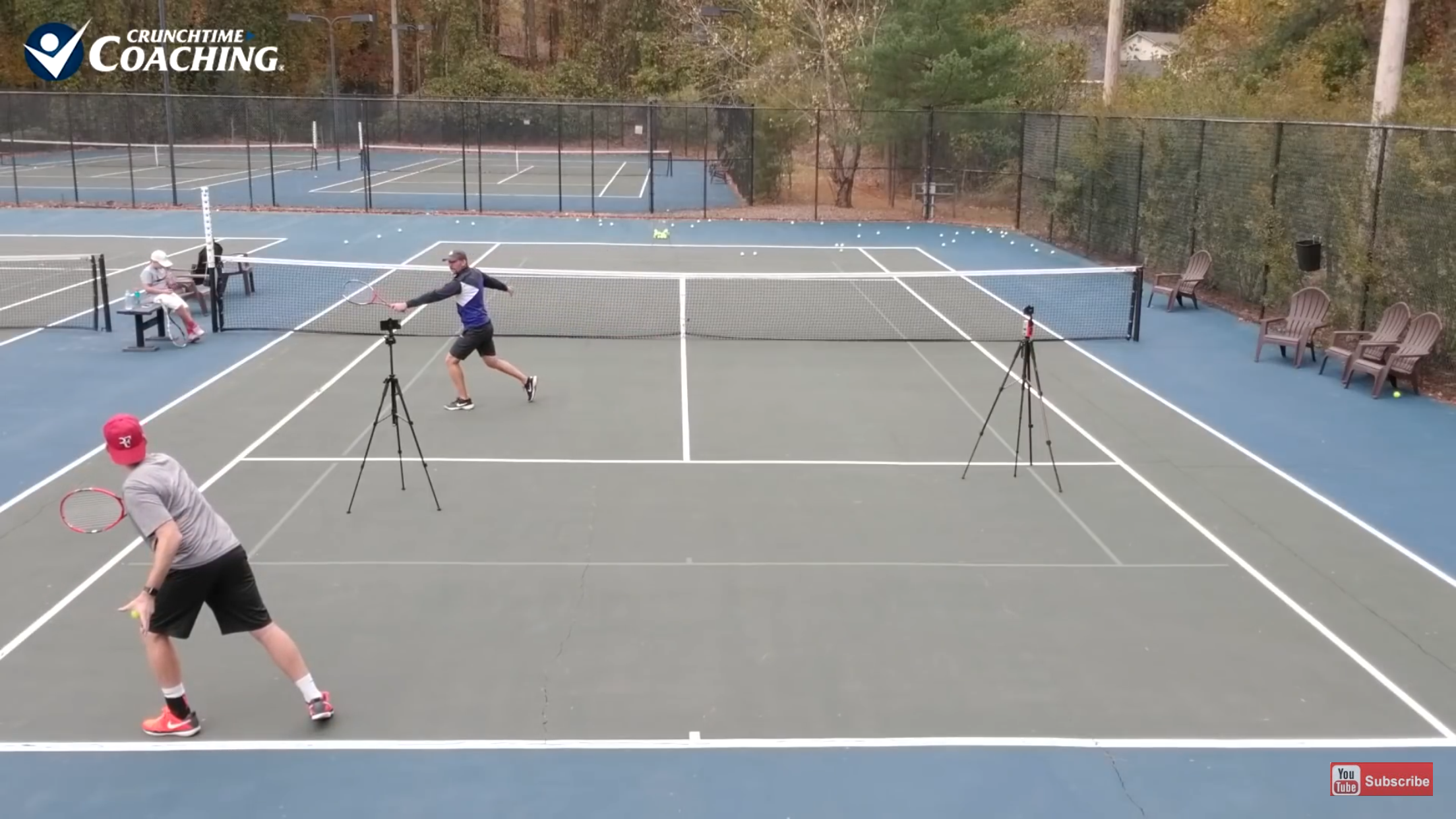 DOWN THE LINE APPROACH 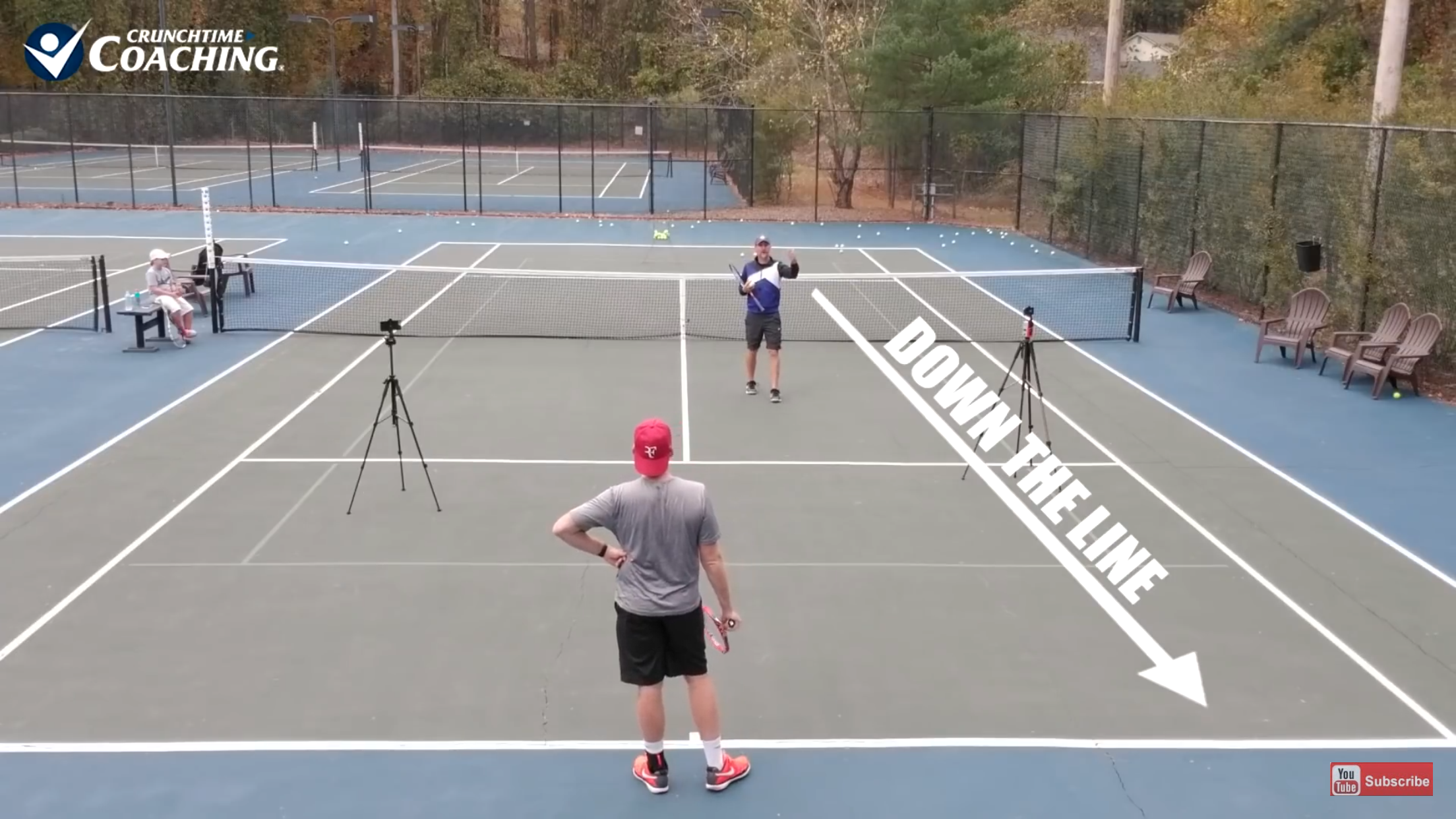 Pros/Cons: The only con here is that you have a tougher shot that is both easier to miss wide and long as you have less court to hit into and most players have a tougher time not going wide with this shot. But look at the picture above, you can see that the “trap” play is already set with little footwork involved. Look at the picture below to see how Pete needs little movement to set the “trap”. 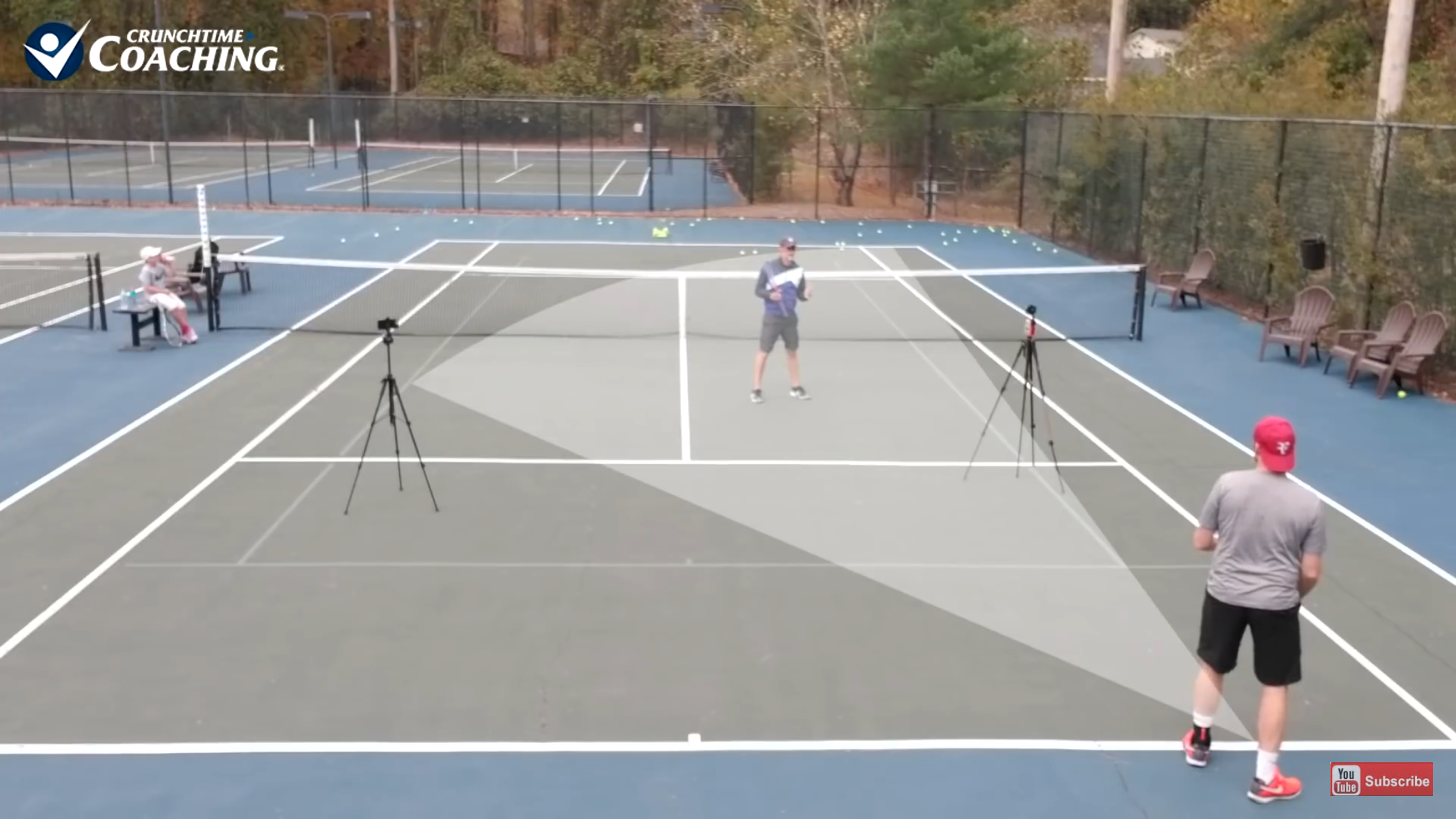 By using a cross over lunge step Pete can pretty much cover the entire net!

That’s where the volley comes into play, the ball is in your court and hitting volley can almost guarantee you win the point if you’ve set the trap well enough with your feet/court positioning.

CLICK HERE to get FREE training on the volley!