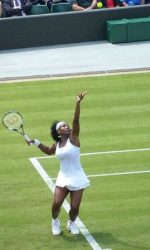 Today we have got a couple of things you absolutely going to love. First things we are going to go through is a play called ‘Serve and Shade’. There are six plays you can run of the serve and shade. You can also get a free report that you can download to see how it works in different scenarios.

Let’s see now first what is serve and shade? Many people tent to just serve and then they stand ready in the middle to play not really thinking what to do after their serve. One the other hand pros know exactly before they serve that where the ball if going to land and they think about how to attack with a forehand and they also think about where the ball might come back and how and where they will hit it back.

So what you exactly do is that you do a kick serve kicking the ball off the court and then shade over or go backwards toward doubles alley so it is almost impossible for you to hit a backhand. The whole court in this case is a forehand and you can then return the ball anywhere as all the angles opens up for you to play an inside out shot. Your opponent would get a high ball off the court so they get into a panic mode trying to get back to the middle again after returning your serve and all you do after that is to hit the ball behind them so it becomes virtually impossible to play that ball. 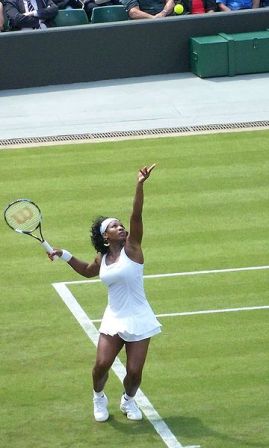 This is a great play and it works all the time if executed properly. You can also practice this with a drill al shown in the video. All you need is a partner who could feed you the balls for practice. You just need to remember that when you do the kick serve the ball should pass high over the net and land short in the box. Also, on the forehand try to take the ball higher up because if the ball gets too low it would be really hard to attack it, so move into the court without waiting for the ball to come to you.

As I told you earlier there are six serve and shade play, which you can download by clicking on this link. 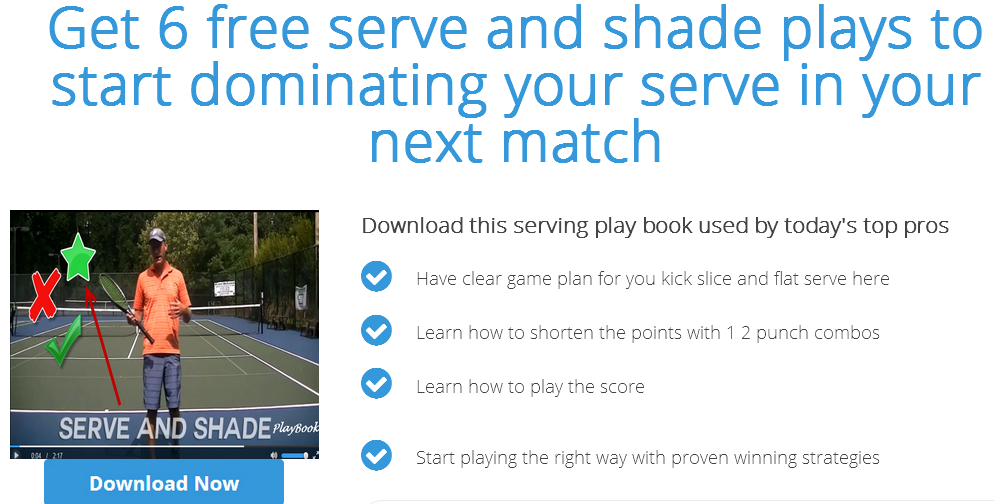 Which play should be used when is all mentioned in the report so, you get to know different plays and also know which one to run at certain score during a game.