Tennis Tip: How to volley with power!

Volley is a distinctive shot in the game of Tennis. Unlike other shots, a volley is a shot which is executed by striking the ball even before it touches the ground of the court, that is, before the bounce. A volley shot is exceptionally difficult in technique as well as in body’s physics. A player has to be unbeatably athletic and must have god-speed like reflex actions. Volley shot is a show of actual utilisation of the entire court and depicts great skills. Volley shots reached the peak of popularity in ‘90s. Legendary players like John McEnroe, Boris Becker used the trick of serve and volley to ensure their titles. In today’s game, Andy Murray, Leander Paes, SergiyStakhovsky, Roberta Vinci are a few of the best net players. But this article is not about all those players but about how you can learn to execute volley with more power and perfection.

The three most important elements of a powerful valley are:

Volley is a very-very swift action and for that player must be athletic and on his toes to do it. Athletic abilities come from strong leg muscles and developed leg strength. You can do certain exercises for strengthening your leg muscles. 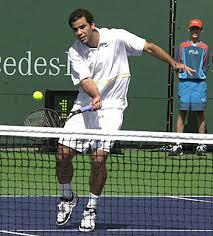 Lastly, you have to take the action in an explosive manner with outpouring aggression. Depending on being left-handed or right-handed, you need to power up your respective leg before you make the ball go off with the stroke. For backhand as well as forehand, you have to advance with great power.

So, a volley can be executed by starting with an athletic move, then transitioning the strength into a balanced split step and finally exploding with power to hit the ball. A volley player is often called a net-rusher because of the quickness a volley shot exhibit. Volley Shots are played with the main objective of giving the opponent nearly no time to react. Mostly, the volley is played near the net, but with time and perfection it can be executed from the back court as well. This does not mean that near-the-net volleys are easy. Apart from the 3 described steps, volley shot also depends upon the precision, precision to decide that the player must do a drop, a sharply-angled shot or a hard shot. These judgements are affected by the position of the player from the net.

A perfect volley is inconceivable and will definitely upset your opponent as he won’t be able to pass the shot. The secrets to a great volley are revealed to you in this article. Also some prominent names are mentioned so as to inspire you to master the skill of volley. Learn more with Crunchtime Coaching. All the best. 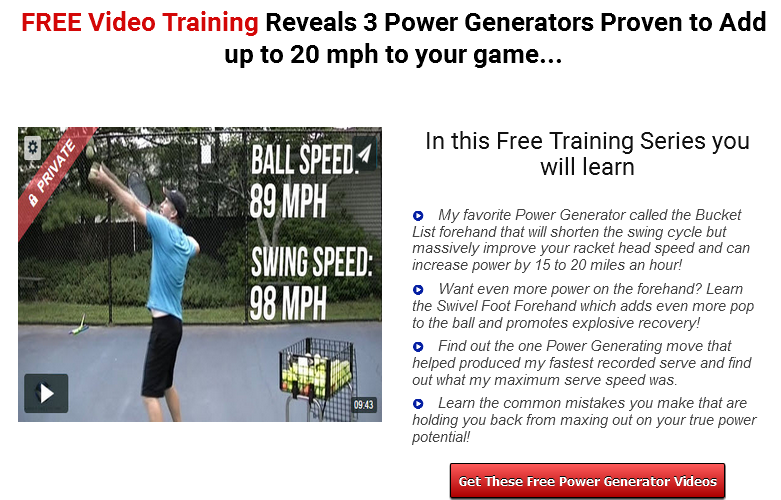