There is a big list of best players in the game of tennis and you might be a fan of some player. But at a point of time there is always a player who stands out and is unstoppable, he is the king at that time who rules the game. Whoever you might be following, you cannot deny that Djokovic is on the top right now. Apparently, we are bound to think what makes him unbeatable? This article covers our top reasons that make Djokovic unconquerable in the current times.

Why are we writing this? Oh well, don’t you want to know what it really takes to dominate one game completely at an international level? Yes, you do! Read on and have fun. 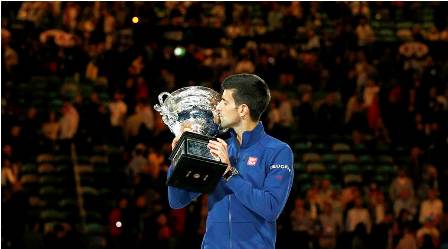 The top 5 reasons that we consider as Djokovic’s weapons that make him invincible:

These were few of the great things about Djokovic that made him reach the top. In his 2016 press conference after Australian Open enunciated some amazing words of wisdom, his answers were fascinating. Here is the link, you can follow to see the video: https://www.youtube.com/watch?v=kA9pUAEYgLg you can also tell us your opinions on the same topic.